Adelaide Hebrew Congregation
In the early years, religious duties were carried out by laymen but questions of significant issues had to be sent to England. During the 1840s, prayer services were held at Burnett Nathan’s home in Currie Street. On 10 September 1848, 44 Jewish men met at Emanuel Solomon’s Temple Tavern and agreed to form the Adelaide Hebrew Congregation. A Synagogue, in the Egyptian style of other early Australian ones, was built in Rundle Street and opened on 9 August 1850.

The congregation outgrew the premises and in 1870, a foundation stone was laid for a larger adjacent Synagogue. In 1870 Reverend Boas was appointed as the first Minister. He served for 48 years, traveling long distances to visit members of his faith throughout South Australia. During the 1980s the congregation built a new Synagogue in Glenside after 140 years of worship at Rundle Street. On 7 June 1990 inaugural services were held in the new Synagogue. In 1998, the 150th anniversary dinner was celebrated in the presence of newly arrived Rabbi Engel. 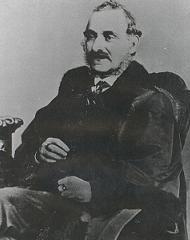 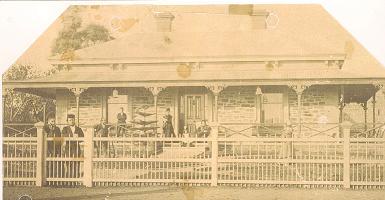 The house of Isaac Solomon at Kent Terrace, Kent Town c. 1872. Rabbi Boas stands at the gate with his fiance, Elizabeth, daughter of Isaac. 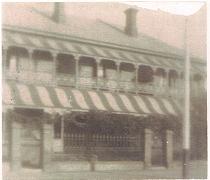 A page from the diary of Rabbi Boas covering the months of October to December 1898, listing the number of duties he performed in those months. Prison visits, funeral and wedding visits etc. The entrance from Synagogue Place in 1895. Rabbi Philip Heilbrunn at his induction in 1982. Exterior of the new Synagogue at Glenside.