People in the Arts

Former convict Emanuel Solomon moved to Adelaide in 1838. He opened the Queen’s Theatre in January 1841. Theatre-goers braved the ankle-deep mud to see a performance of Othello starring John Lazar, but the theatre soon became a victim of the state’s economic depression and it closed at the end of 1842. In 1848, the Tavern next door became the New Queen’s Theatre. Victor Edward Snell was not impressed. In 1850 he complained in his diary: “The actors were a dull set of dogs, the scenery damnable, and the audience a mixture of prostitutes and pickpockets”. Unfortunately, the Victorian gold rushes attracted audiences and performers away from Adelaide and the theatre soon closed. Drawing of Emanuel Solomon by T.S. Gill from the collection of the Mortlock Library of South Australia. 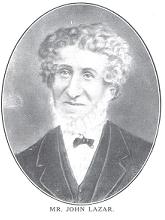 John Lazar. In January 1841, John Lazar, a former tailor and actor, starred as Othello at the opening of the Queen’s Theatre and he also managed the theatre until the end of 1842 when it closed. In 1848, he returned to Adelaide and became a partner with the new theatre manager George Coppin in the New Queen’s Theatre, which he managed until it closed in 1850. He then managed the Royal Victoria Theatre. Biographer Helen Musa says: “He was criticized in staid Adelaide for permitting racy entertainment”. Manny Fink and the Flicks. In the early part of this century, art and entertainment met business and technology at the silent pictures of “the flicks”. In 1906, Mendel Finkelstein’s company at Bank Street advertised: “Electric light and power installations, electric bells and telephones, every description of electrical goods.” But Manny Fink will be best remembered for his involvement in Adelaide’s chain of Wondergraph picture theatres.

In 1911 he had begun screening in the Adelaide Town Hall, and later an open air theatre, on the corner of North Terrace and Pulteney Street using the patented Silver Wall. The city theatre seated 1800 people. Manny Fink’s company Continental Wondergraph had already built an open-air “picture drome” at Semaphore that would seat 1000. The chain started with the Wondergraph picture theatre in Hindley Street in 1913. Before 1926, Wondergraph picture theatres appeared in Goodwood, Semaphore and Unley. The Melba in Dulwich opened in May 1923. The Advertiser described it as a “pretty little theatre of up-to-date design”. It was connected to the Grand in Rundle Street that was also owned by Manny Fink.

One of Australia’s greatest and best-loved comedians, Roy Rene (Mo), was born Harry van der Sluys, the son of a Dutch cigar merchant, in Hindley Street in 1892. He started his career “wagging” first Grote Street school and later, briefly, Christian Brothers College, and performing in vaudeville. At 14, he and the family went to Melbourne, where, much against his parent’s wishes, he started as a comic singer and dancer in the suburban halls, adopting his Jewish characterization while working for Fuller’s vaudeville circuit.

In 1916 he teamed with straight-man Nat Phillips, also Jewish, as Stiffy and Mo. The act survived for 12 years. After Nat’s death, Rene teamed with a number of partners and also worked in straight drama and a film called “Strike me Lucky”. Rene turned to radio in the 1940s with enormous success, and was compulsory listening in thousands of homes during its five year run. He died in 1953 at the age of 63. Roy Rene’s last stage work, McCackie ‘Mo’ments (1949-50), was based on his radio show of the 1940s, McCackie Mansions. Roy Rene in his traditional make-up, which, disturbingly, paralleled the ugly stereotype of the Jew. Why did Roy Rene, who remained a Jew all his life, chose to appear in this almost anti-Semitic mask? Ghost-writer of his biography and highly critical admirer Max Harris wrote: “There he would be, leering, spitting, expostulating, and celebrating every ugly vulgarity to be found in a society rich only in inhibitions, self-delusions and respectable hypocrisies. You can laugh at the grotesque in front of you, he seemed to be saying, laugh at the sub-human stage Jew, but he is you” and I’m going to prove it. And he did. He and his audiences laughed at the worst in themselves.” Photo from the Performing Arts Collection. The Solomon Trio: Francie (cello), Betty (piano) and Ella (violin) played for radio stations 5CL and 5KA in the late 1920s for the princely sum of two guineas, which they rushed out to spend at John Martin’s. Francie continued playing with the Kensington Norwood Orchestra until 1993. Evan Senior was born in Adelaide in 1907 but went to Britain in 1947. His musical interests began at an early age, when he produced operas on the stage of a nursery toy theatre. He studied music, but his father did not approve and insisted he study law. After two years, he returned to music through broadcasting on the ABC. At 19 he was the youngest musical director in Australia. In 1936 he wrote drama and music criticism for the Adelaide News. He went to Britain as the representative of the Australian Musical News and was the music critic for the magazine Dance and Dancers. Dr Eugene and Mrs Manya Matison. They gave hospitality to many famous visiting musicians at their home in Springfield, there is a complete catalogue of their autographs on the Steinway piano now in possession of their grandson. Manya was active on the Subscribers Council, which was largely responsible for the successful formation of the South Australian Symphony Orchestra. Their house was always available for musical soirees to support both Jewish and non-Jewish charities. 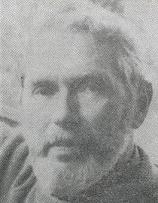 Adam Kriegel was born in Bialystock in Poland in 1912. He migrated to Australia in 1947. A concert violinist, teacher and a painter, he studied in Warsaw, Brussels, Paris and Sydney. In South Australia he was known for both his music and as a painter of landscapes and portraits. His work is represented in the National Gallery in Canberra, the Art Gallery of South Australia and in Western Australia. Margie Fischer came to Adelaide from Sydney in 1983. She was co-founder and long-running director of Vitalstatistix, Women’s Theatre Company. Among her best-known theatre scripts is “The Gay Divorcee”. Deeply committed to both her Jewish spirituality and her practice as a community artist, she wrote and directed “Getting your man” (1996), a theatre piece for performance by members of the Jewish community on the issue of the get, the Jewish religious divorce. In 1996 she won the prestigious national Ros Bower award for commitment to community cultural development. Currently, she is the co-artistic director of Feast, Adelaide’s Gay and Lesbian cultural festival. Ron Hoenig. Born in Israel, Ron lived in Melbourne before coming to Adelaide in 1978. For six years, from 1978 to 1984, he was a writer and actor with Troupe, Adelaide’s alternative theatre company, performing in more than 30 plays. Later he was active in the community and multicultural arts, and was the director of the Multicultural Arts Trust of SA until 1995. Here he appears as Vukhov, the only surviving Russian officer of 14 captured and left for dead, in Barry Collins’ marathon one-man play “Judgment”, which he performed for Troupe in 1980. Edith Dubsky OAM. Edith Dubsky was the heart of Musica Viva in this state for 34 years. Born in Vienna, she came to Adelaide in 1941. A friend, one of the founders of Musica Viva in NSW, invited her to the first Musica Viva “Invitation” concert in Adelaide in December 1947. She was soon elected Musica Viva’s SA Honorary Secretary and organizer at a meeting of Adelaide lovers of chamber music, and held that position for 34 years, becoming the main driving force behind chamber music concerts in the State. Initially there were only 300 subscribers. She built that number to more than 1100. In that time she managed over 700 concerts with a total audience of about 300,000 people. Silver Balls – Herbert Flugelman. A painter, sculptor, environmental artist and teacher, Herbert Flugelman was born in Vienna in 1923. He came to Australia in 1938. He studied at East Sydney Technical College and worked in England, Europe and USA. In 1973 he came to Adelaide to lecture at the former Torrens College of Advanced Education. South Australians will best know his sculpture “Stainless Steel Spheres”, which was commissioned in 1977 for Rundle Mall. His work is marked by wit and accessibility. His work is found in galleries throughout Australia and in private collections in England, Italy, Sweden, the USA and Canada. Darrelyn Gunzburg. Perth born, but now resident in South Australia, Darrelyn is a playwright and filmmaker. Her published plays include “Behind the beat” which won the 1991 Awgie, “Water from the Well” and “Hiccup”. Her play “Glass Shadows” was work-shopped in 1998 by the State Theatre Company and directed by Rodney Fisher, who continues to act as a mentor. Her short film “A short film about Snoring” has screened at a plethora of national and international film festivals. In October-November 1998 she was the recipient of a TropNest Development Initiative based at Fox Studios in Sydney. Many of her pieces reflect her humorous and ironic reflections on her Jewish background. Franz Kempf. Painter and print-maker Franz Kempf was born in Melbourne in 1926. Following study in London and Perrugia, and with Oscar Kokoschka, Kempf came to Adelaide in 1963 and became head of printmaking at the then North Adelaide School of Arts in 1969. His cultural influences include Jewish mysticism, Isaac Bashevis Singer, Cavafy and Proust, and the art of Kokoschka, Arshile Gorky and de Kooning. While many of his works deal with secular subjects, political issues and the natural environment of South Australia, among his best-known works are oils and prints inspired by the spiritual traditions in Judaism. These include the “Memorial” series and the “Jerusalem” tapestry. His works hang in all state galleries in Australia and in many galleries around the world, including The Smithsonian Institute in Washington, The Victoria and Albert Museum in London and The Bezalel National Museum in Israel. Andrew Steiner. Born in Hungary and a child survivor of the Holocaust, sculptor Andrew Steiner is obsessed with the “inexhaustible beauty of Huon pine”, which inspires a spiritual quality in his work. Among his recent work are stained glass windows in both of Adelaide’s Synagogues and a sculpture “Tree of Life” at Beit Shalom Synagogue. A long-time fellow of the Royal South Australian Society of the Arts, he was its President in 1995-6. Steiner has exhibited all around Australia, in Paris and in Hungary. His works are also found in private collections in Adelaide, Basel, Budapest, London, Melbourne, New York, Paris, Sheffield, Sydney and Tokyo. Annie Lipschitz. Glass artist, Annie Lipschitz was born in South Africa, and studied in Pretoria, Belgium and Italy, where she studied ceramics for three years. A ninth-generation Afrikaaner, she converted to Judaism in 1975. When she came to Australia, she left behind all her work in ceramics, and concentrated on glass, which she studied at the University of SA. “I was always fascinated by glass” she says, “and I had to follow my dream to learn glass”. Much of her work has Jewish motifs, but her interpretation is personal. She has exhibited in group exhibitions in Melbourne and Adelaide. Her work is found in private collections in Adelaide, Sweden, USA and Japan.